Self-driving car (known also as an autonomous car, driverless car, robotic car) is a vehicle that is capable of sensing its environment and navigating without human input.

Autonomous cars have control systems that are capable of analyzing sensory data to distinguish between different cars on the road, which is very useful in planning a path to the desired destination.

There is a classification systems for the self-driving cars, adopted in the United States, based on the parameters:

Some of the robot cars are not equipped with a steering wheel or pedals. This is a 100% self-driven vehicle and  is 100% independent from a human influence. So the human effect on the driving is practically zero.

But the most of the existed autonomous cars are equipped with a steering wheel and pedals as an additional safety tools. In this type of cars human is able to take control on the car at any time, for example to prevent the traffic accident or just to enjoy the driving.

These type of cars are equipped with lots of sensitive sensors and special smart software for collecting and analysing the received data and monitoring and management of the self-driving car movement or „reaction“ on the road. The software is able to take decisions  and start the relevant safety procedure for time less than a second (which is not possible for the human brain). 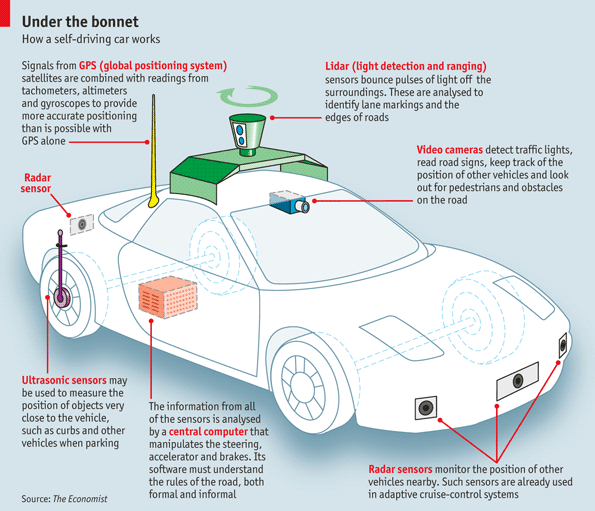 The main compulsory tools and gadgets in each self-driving cars are:

Lots of additional tools helps these smart cars to receive data from the traffic lights to understand if there is a traffic jam, so they can pre calculate their speed of movement (or even the direction) just to select the best time to reach the junction (for example second before the green light is on).

Some of them are equipped even with sonar devices and stereo cameras (additional to the mentioned above systems). All these components have different ranges and fields of view, so the combination of all of them give the car perfect orientation in the environment.

Google car, for example use LIDAR system bolted to the top of Google’s self-driving car. This is highly accurate system with a range up to 100 meters. There are a few detection technologies on the car that work at greater distances, but not with the kind of accuracy you get from a laser. 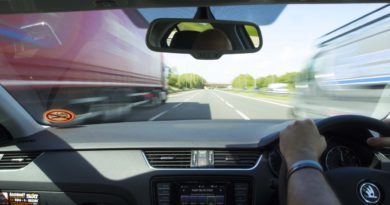 Ban on smoking in cars in EU