All of us already known something about the electric bikes (e-bikes) in general, but:

What is the electric bike?

How do the electric bikes  work?

How we can control the electric bike?

What is the electric bike?
When someone hears electric bicycle, the first image they imagine may be a scooter or electric motorcycle – but they actually look pretty different. Just picture a regular bicycle, then add several electrical components to it like a motor, a battery, and a controller – all seamlessly integrated into the design. These items make up the fundamentals of all electric bicycles on the market!

An electric bicycle, also known as an e-bike or booster bike, is a bicycle with an integrated electric motor which can be used for propulsion.

How the electric bikes work?

Do you know that the e-bikes are the electric motor-powered versions of motorized bicycles, which have been around since the late 19th century?

There are a great variety of e-bikes available worldwide, from e-bikes that only have a small motor to assist the rider’s pedal-power (i.e., pedelecs) to somewhat more powerful e-bikes which tend closer to moped-style functionality: all, however, retain the ability to be pedalled by the rider and are therefore not electric motorcycles. The E-bikes use rechargeable batteries.

Electric bikes pedal and handle just like a regular bicycle, but the E-bikes assist your pedaling. The energy is supplied from a rechargeable battery which provides power to an electric motor mounted in the frame or in the front or rear wheel.

As you pump your legs up and down on the pedals, you make the wheels rotate. A dynamo (generator) mounted on the rear wheel produces a tiny current of electricity that keeps  in a battery. The battery would kick out a steady electric current, driving the dynamo in reverse so that it spun around like an electric motor. As the dynamo/motor turned, it would rotate the tire and make the bike go along without any help from your pedaling.

An electric system consists another main components also, as sensors, which measure how fast the bike is being ridden. The riding behavior is determined by a rotation sensor or a pedal force sensor depending on the model.

Pedal force sensors are applied to the pedals that determines the extent to which the motor will assist you. As soon as you pedal harder, the pedal force sensor signals this to the motor and you will feel greater assistance. Cool!

Limited or reduced visibility? How to make the difference? 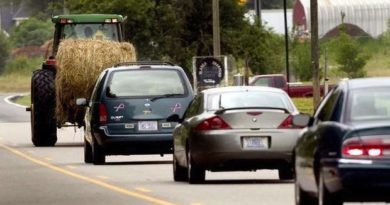 Is driving below the speed limits is a traffic offence?