Dubai may be about to test the limits of Mr Musk’s imagination on the future of travel is the hyperloop.

Dubai has agreed a deal with US startup Hyperloop One to evaluate the construction of a near-supersonic transport link that could slash travel times to Emirati capital Abu Dhabi to minutes.

The hyperloop is a train that moves along a tube that is kept at a thousandth of the normal atmospheric pressure at sea level. Because air resistance is one of the biggest obstacles to high-speed travel, all but eliminating it means that hair-raising velocity becomes possible. The proposed technology could shunt passengers along tunnels at perhaps 745mph, which is faster than a jet plane. 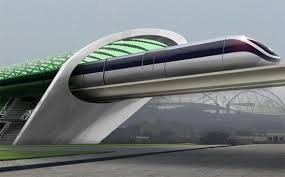 Hyperloop One, one of the firms developing the technology, signed an agreement with the Dubai Roads and Transport Authority to test the feasibility of running a service to Abu Dhabi. The journey, which currently takes two hours by car, would be cut to just 12 minutes.

Hyperloop proposes to subject its passengers to fairly severe accelerations as it goes around corners and up hills; from the published numbers those accelerations seem greatly to exceed the rules of thumb used to design ordinary railways.

Limited or reduced visibility? How to make the difference? 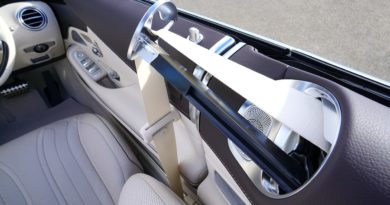 Safety Belt use in Europe